Wyoming to Wisconsin in a day

Although the trip began a few miles east of the Wyoming border, it proceeded well east of the Wisconsin border, and so I can fairly claim to have traversed a good portion of the United States in a single day (more than 725 miles). An internal combustion engine vehicle can spend less time refueling, but the 20 minute breaks every couple of hours are essential for preventing fatigue. Thus, a Tesla driver can typically continue later into the night because of these breaks and because of features that reduce fatigue (quiet interior, great handling, adaptive cruise control, auto-dimming headlights, etc.). The sheer joy of driving the Tesla is probably the most important factor for extending my daily range. 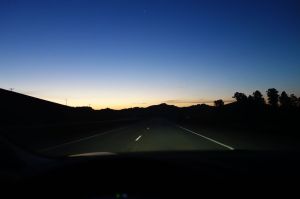 Once past the Black Hills, South Dakota became almost continuous fields of corn. Iowa, Minnesota, and Wisconsin followed the same pattern. Few trees covered the northern plains, but oh is this land good at producing crops. 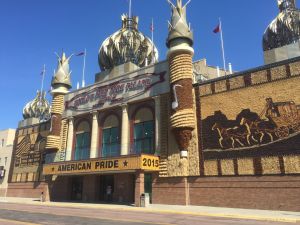 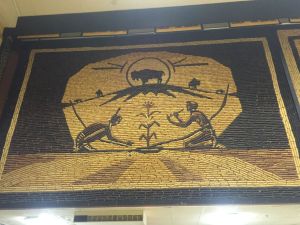 A 5 minute drive from the Mitchell supercharger will bring you to the Corn Palace, a building in which the interior and exterior mosaics are all created from corn cobs of different colors. Each year a new theme is displayed, and this tradition has been going for more than a hundred years. Type “corn palace” into your nav display and your Tesla will show you the way.

After entering Minnesota, I realized I was but a few miles from Iowa and in an effort to bag another state on this outing I swung south and followed the county roads. I highly recommend getting off the interstate and doing county roads when you get a chance. Interstates are billboards and sterile, but county roads take you into another land which is more representative of the country. 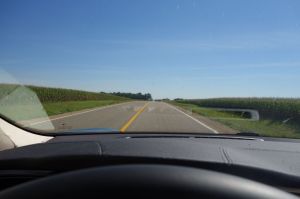 Plenty of corn grows besides the county roads, too. 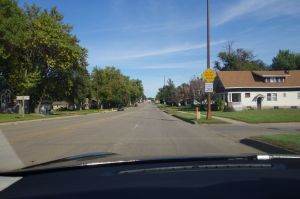 Sleepy Iowa town caught in a time warp from another century

The day was perfect for road tripping. Temperature stood at about 65 degrees, with blue sky and not a breath of wind. As teenagers, both my  brother Bill and I had read a book by Richard Bach called Nothing by Chance in which he barnstormed across Iowa and other midwestern states in his biplane. Richard would find a newly-cut field not far from town, land his biplane, get permission from the farmer (often after taking the man aloft), put up a “Biplane rides!” sign, and go to work. This book eventually led both my brother and I to buy biplanes and take up the profession of barnstormers for a month one summer. Now as I drove through these Iowa small towns with the windows open and sunroof fully back, I was transported back into this turn of the last century world that Bach had known. 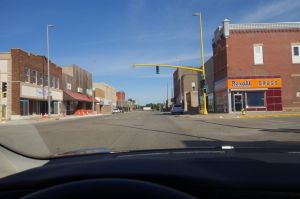 This town looked like the movie set for The Last Picture Show. I was kind of expecting to see a boy with a broom, sweeping the streets. Of all the driving I did this day, the short excursion into Iowa affected me the most profoundly.

Bottom line: get off the interstates and away from the tourist haunts and you will discover a hidden America.